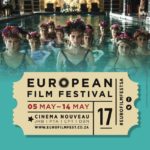 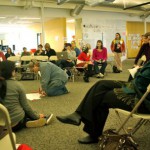 A perfect storm of synergy develops into an inspiring organic agenda when 300 women working in the STEM fields gather at the Computer History Museum in Mountain View.

Super-geek and Berkeley–based internet identity guru Kaliya Hamlin mounted her first She’s Geeky ‘un’conference in October 2007 and her most recent, last weekend. They grew from her observation that while women are encouraged to enter the STEM fields — science, technology, engineering and mathematics — once women leave school and enter the workforce, 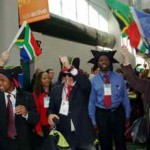 The multitude, representing 37 countries, was nearly 4,000 strong. Easy to be lost and invisible. But you couldn’t miss the South Africans.

Several in the party, which numbered around 35 at a quick count, were uniformed — if a collection of crazy head-consuming jester hats adorned with South African flag emblems and bells qualify as a uniform. A core group, it seemed, was there, to make noise. The less raucous were … Read more