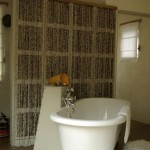 We would set off from Durban and drive about three hours to Nambiti Plains Private Game Lodge. We would go on game drives, hopefully see the Big Five, and food-wise, there was a vegetarian focus. Next day we would drive to Qambathi Mountain Lodge, which also has game and where the food was reputedly excellent.

“Dave says I’m Thelma and you’re Louise,” my food writer friend Anne tells me when she pulls up in her car to fetch me. Dave is her boyfriend. Thelma and Louise is the road trip movie. We are leaving on a road trip. We’ve done road trips before. For example, a memorable one where we visited cooking schools and foodie joints through Napa and Sonoma and wrote about them… 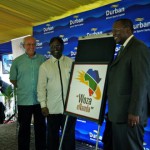 Experiencing the political change of South Africa rates as the second preference of most foreign visitors after a visit to a game park. Until recently, there was a lack of tourism facilities in KwaZulu-Natal with a strong liberation theme.
By Wanda Hennig

The heart of Inanda, the sprawling township that is part of the greater Durban municipality, known as eThekweni (Zulu for “where the earth and the ocean meet”), is called Freedom Valley for good reason. It is a fountainhead of South Africa’s rich liberation history; a source of legendary — and contemporary — people, places and events that have shaped and continue to shape the “new” South Africa. 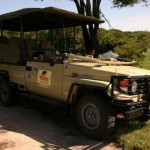