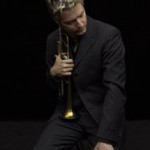 You know you’re a jazz superstar when you make a slow, dark, moody, melancholy record and it tops the charts.

We all know Sinatra, Paul Simon and Sting. Most of us, however, didn’t know trumpeter Chris Botti until late in 2004. Strange when you think that his first professional gig was with Sinatra; that for five years, starting in 1990, he played the world with Simon; and that he joined Sting as a featured soloist in 1999 and the two have collaborated ever since.