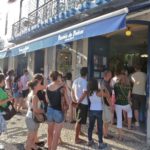 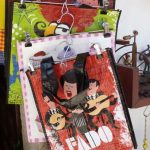 There are loads of fado spots for tourists in Lisbon, not surprisingly given that it is called “the purest expression of Lisbon’s soul” and that it is “inseparable from the culture and tradition of the Portuguese capital” — and that fado, born in Portugal’s Mouraria neighborhood, was classified as an “Intangible Cultural Heritage of Humanity” by Unesco in November 2011. But I didn’t, you may understand, want tourist fado. I wanted a small taverna crammed with local fado lovers listening to the haunting musical angst of voice and guitar, a good bottle of Portuguese wine and food made by some mama in the kitchen.