Nose to tail, beak to claw: all about offal 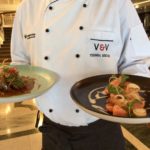 If you don’t like a particular item of food – for argument’s sake brains or liver, tripe or tongue, cow cheeks or bull testicles – it’s most likely because you haven’t been served them prepared the right way. Offal delicacies are being served at upscale dining establishments far and wide. We speak to a Polish and a South African chef and talk about world trends.

Culinary Poland in the time of Chopin 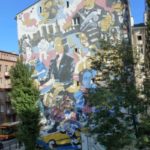 Chopin a chocoholic? Yes, so long as it was hot. This is just one of the many food-related snippets revealed …

Assignation with An Assassination 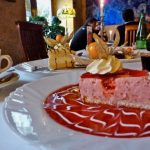 Read Assignation with An Assassination on Perceptive Travel:
Given the excesses of our foray into Jan Baran’s fresh, local, creative, contemporary …

Warsaw is rich in culinary luminaries. One of them is Joanna Mróz, prolific founder-author of Poland’s popular food blog, FroBlog, “FRO” being the acronym for Fine Restaurants Only. She is also co-founder of Warsaw Foodie, which follows and comments on Warsaw’s culinary scene. We nibbled on small plates and swilled some good wine with Poland’s top restaurant blogger at Warsaw wine kitchen Kieliszki na Próżnej where she shared stories of food trends, changes, successes and more. 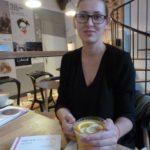 Among other things you discover when you chat with her, Warsaw culinary luminary Magdalena Tomaszewska-Bolałek is a Japanologist, a journalist, a food anthropologist and author of four books including the award-winning Polish Culinary Paths. ‘My main goal is introducing foreign cuisine to Poles and Polish cuisine to the rest of the world,’ she says. ‘It’s very important to me to promote Polish cuisine and to build bridges between the cultures.’ Seems like she’s doing this very well…

‘We forgot, for a while in Poland, how to grow things,’ says Warsaw restaurateur, author and Opasły Tom co-owner, Agnieszka Kręglicka. ‘But this is turning around now. We’re starting to see a return to traditions and a focus on real food. Gastronomy is now growing really quickly. In Warsaw we’re seeing about 100 restaurants a year opening.’ 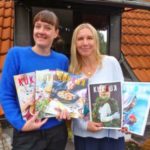 KukBuk grew out of a ‘a pure love of cooking, eating and communicating round food.’ The intention was to merge cultural, culinary and lifestyle elements. We meet editor Agata Michalak and publisher Daria Pawlewskaat at the Warsaw offices of the award-winning magazine who share the story of KukBuk’s unexpected, unprecedented success. Then we visit Wilanów Palace. 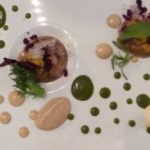 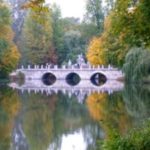