Culinary Poland in the time of Chopin 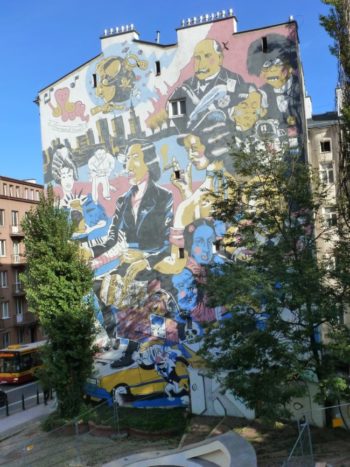 Chopin a chocoholic? Yes, so long as it was hot. This is just one of the many food-related snippets revealed in a delightful book on the culinary scene in Poland back-in-the-day when cuisine was quintessentially local, changing with the seasons and based on fresh produce: mostly meat. 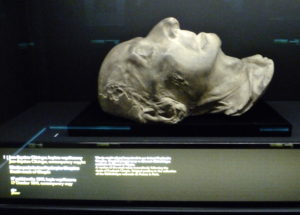 When Fryderyk Chopin was born, in March 1810, in Żelazowa Wola, 29 miles west of Warsaw, in an annex of a manor house belonging to a count whose children Chopin’s father, Nicolas, tutored, traditional Old Polish cuisine was the table of the day. Cuisine that had remained basically the same since the 17th century.

“The cuisine was quintessentially local, changing with the seasons… based on fresh produce: mostly meat.

“Notwithstanding days of fasting, meals were very extensive, including up to a dozen courses in the case of dinners: soups, breads, fowl, meat and desserts. The queen of the table was game. Beef, veal and mutton were also eaten, while pork was less esteemed. The choice of fish and vegetables was also wide: salmons, carps, pikes, catfish, sturgeons and lampreys, as well as cabbages, carrots, turnips, kohlrabi, cauliflowers and even artichokes.

“Food was accompanied by wine, predominantly from Hungary. Hard spirits (liqueurs and vodkas) were served outside meals as fortifying drinks or even medicines… Poland’s most popular drink was beer, usually brewed at the manor. The hot beverage of choice was coffee, imported to Poland since the 17th century, usually in the form of green beans. Connoisseurs even distinguished between coffee roasted on a hot plate and in clay containers, with the latter held as far superior.” 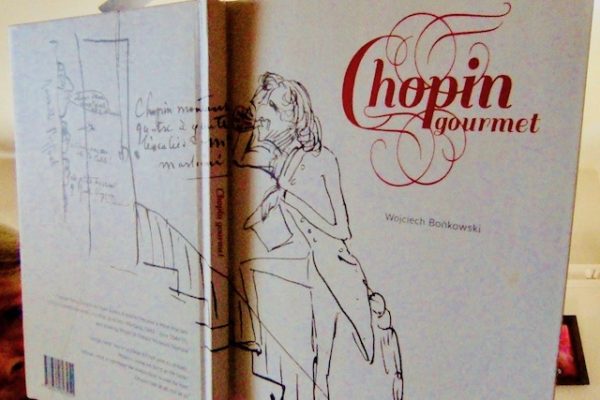 These culinary descriptions come from a delightful book titled Chopin Gourmet by Wojciech Bońkowski (published by The Fryderyk Chopin Institute) that I got during a recent visit to the Fryderyk Chopin Museum in Warsaw.

The museum is part of the Fryderyk Chopin Institute, founded in 2001 to promote, protect, research and share the legacy of the famed Polish composer and virtuoso pianist of the Romantic era who wrote primarily for the solo piano.

If you’ve visited Warsaw, you’ll know that Chopin’s legacy is part of the city’s heart, sole and fabric. You arrive, when you fly in, at the eponymous Frederyk Chopin Airport — named for the musical genius famous for his mazurkas, waltzes, nocturnes, polonaises, preludes, sonatas and more.

Poland in his heart

A child prodigy — by the age of seven he had begun giving public concerts — Chopin completed his musical education and composed his earlier works in Warsaw before leaving Poland at age 20 to settled in Paris.

Through most of his life, Chopin suffered from poor health. He died in Paris in 1849, at the age of 39, most likely of tuberculosis.

That he had left his heart in Poland is clear when you learn that he requested it be removed, on his death, and returned to Poland. Chopin’s heart rests in Warsaw in the Church of the Holy Cross.

On a recent visit to Warsaw, Chopin’s legacy was a delightful, creative and frequent presence. To wander through the city is to come upon many tributes and acknowledgments.

For example, to essentially “bring Chopin to the people,” the city has installed 15 musical benches, which have been placed at key sites that had some relevance to his life. They are made of cast iron and polished black stone and among other multi-media elements (which include English translations: something the Poles are very mindful about), each features a button which, when pressed, generates 30-seconds of one or another glorious Chopin melody.

The must-visit Łazienki Królewskie Palace-Garden complex has, for 50 years, offered free piano concerts on Saturdays and Sundays during the summer at the foot of the Chopin statue you’ll find there: reputedly the world’s most famous monument to Chopin.

Łazienki Park is also home to Łazienki “Palace on the Isle,” which was originally built as a baroque bathhouse. It is the largest park in Warsaw, fabulous for strolling on a Sunday afternoon, which we did along with scores of locals, many apparently on their weekend family commune-with-nature outing.

All paths in Warsaw, not surprisingly, must lead to the aforementioned Fryderyk Chopin Museum, which is home to the world’s largest collection of Chopiniana (Chopin memorabilia).

The Chopin Museum, along with the Chopin Institute, schedule an annual international festival known as Chopin and His Europe. Every five years they organize the International Fryderyk Chopin Piano Competition, which dates back to 1927. Winning at this competition (the next is in 2020) is known to open doors for pianists throughout Europe and the world. 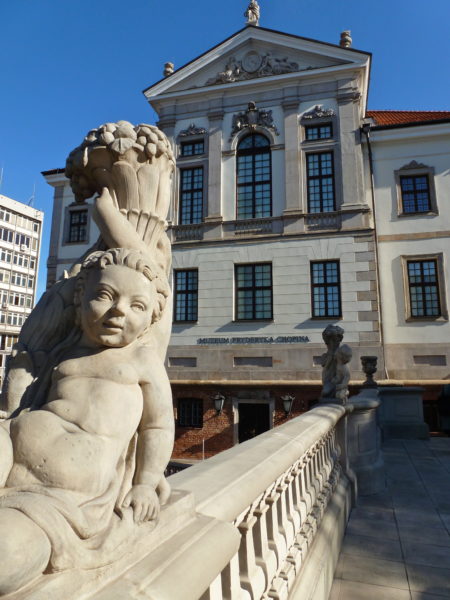 It is easy to while away five or six hours — or much longer if you’re a true fan — at the hi-tech interactive Chopin Museum. You can listen to his music, sit in the replica of a living room in which he taught, see letters and material relating to his family, the loves of his life, his friends; even see his pocket watch, his last piano, his surviving musical manuscripts, and his death mask. Fascinating and accessible.

Back to the book, Chopin Gourmet. Author Bońkowski is both a Chopin aficionado (with a Ph.D. to prove it) and a top Polish wine critic/writer (books and online). Curiosity about Chopin’s everyday life, especially his eating habits, gave rise to the book. And fun it is to read. Because clearly, Chopin’s focus was on the musical and not the culinary arts.

Yes, it is clear that he hung out in cafés in Warsaw and Paris. And so we learn that in 1754 Warsaw had only five “gastronomic establishments.” By 1822 the number had grown to 90. By then, same as in Paris and Vienna, fashionable cafés had become centers of culture, buzzing with ideas about art and literature.

But Chopin was clearly focused on his music. He left few references to food, other than that, at age 15, he declared he loved gingerbread (he was writing at the time from Poland’s famed gingerbread city, Toruń).

And his letters show he had a “gastronomic passion” for hot chocolate.

His longtime lover, George Sand, both liked to cook and to eat out, so the book features her favorite French restaurants and recipes from her kitchen.

But it is the food backstories from Chopin’s time that make compelling reading. To return to the Poland of his birthplace (where his family went for holidays even after they moved to Warsaw).

“Life in Polish manors revolved around meals,” we learn from the book.

For the sake of space, I will skip details of the coffee and biscuits-in-bed. Served, it goes without saying, to the landed gentry of the time. (And providing, one guesses, a fair number of job opps.)

In brief the 10am breakfast of the time would include smoked meats, smoked fish (perhaps a fat half-goose and some slices of cured tongue), cheeses, eggs and toasts wished down with coffee, beer or rum. 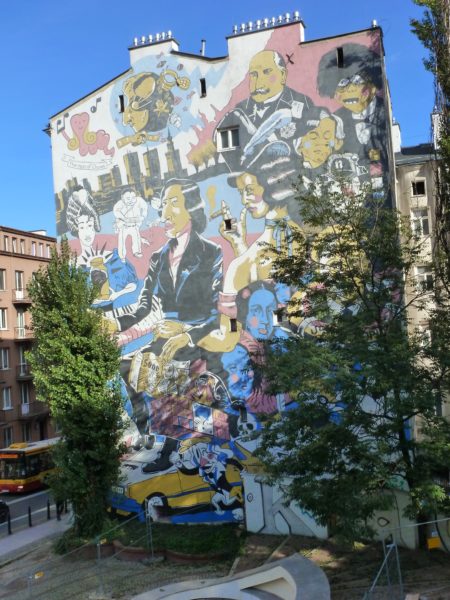 The main meal, started usually between noon and one o’clock, was made up of “at least half a dozen courses, including three meats, a soup, a vegetable course, and a dessert.”

An 1820 menu quoted in the book via a letter from a Princess Helena Radziwiłł to her husband included broth, roast chicken, steaks, boiled asparagus and a “fricassee of chicken with tarragon and sauce.” On holidays and at receptions, “the menus inflated considerably and could include up to 27 courses served in sequence.”

There was still afternoon “tea” with cakes, jams, desserts and coffee. Dinner, which was an abridged version of lunch. And “gentlemen often ate another light meal around midnight,” which included “vodkas, liqueurs or punch with crêpes or toast.”

Reading the book, while fascinated and in awe, I did think how lucky it was that Chopin was not much interested in food or he might never have had time, between meals, to compose even a simple ditty.