On the way to the wedding: on track—or off? 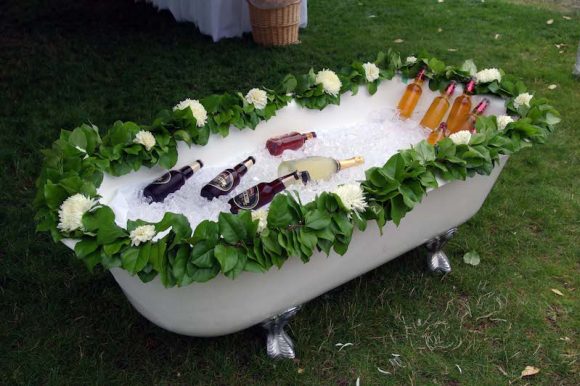 Traveling to island nuptials by train is fine. Not missing the ferry and the whole blissed out event is even better, writes Wanda Hennig. 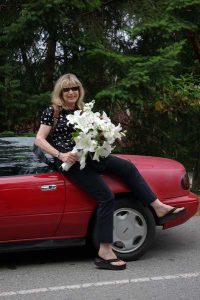 It’s a celebration. Got there!

DON’T GET ME WRONG. I love trains. That’s why I decided to go by rail from Oakland to Seattle and back, instead of by air. “None of that darned security nonsense,” I thought. None of that “Remove your shoes!” or “We’ll have to confiscate that wine.”

Or now, friends tell me, a gadget that puffs air at you and makes you look like you’re doing a Marilyn Monroe impersonation if you’re wearing a skirt.

Confined to a train from 9:47pm on a Wednesday to 8:45pm on a Thursday I’d be forced to read my half-written novel picked up and put down for going on six years. To finish or to burn? The verdict would be in.

Ja well no fine, to coin a colloquial South Africanism that translates as “yes well no fine” and is used when one is confused, confounded and asking—is this really happening?

But, to be fair, Amtrak might consider adding a qualifier when they give their train-arrival times. Something like “give or take a night or the equivalent thereof.”

I reckon many of us, when expecting to arrive at 8:45pm in a city that is not home, will book into a hotel. And if we have a friend to meet, make a date.

And I think most people would assume it safe to reserve a “no refund, no changes” seat on the 6:30am check-in Clipper ferry from Seattle to Victoria, Vancouver Island—kick-off point for the Friday evening barbecue to Sunday brunch wedding shindig that is the reason for my journey. 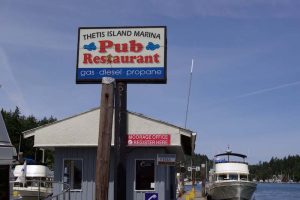 The bride, closer to 50 than 40 and banking on second-time lucky, as is the groom, would know the meaning of “ja well no fine,” even though these days she lives in Vancouver. Guests are flying in from cities in South Africa, Australia, Italy and around the United States.

All things being equal, I don’t expect to arrive last at the altar—let alone to stand up the bride.

The train gets to Oakland , where my journey starts, fashionably late.

No problem. Amtrak’s 1-800 automated agent, Julie, who sounds quite charming, not least because she’s unfazed by my accent, has informed me of the delay.

But when I wake up from my semi-upright coach-seat doze and spot a sign dawdling by that reads “Oldest College Bar in Chico” and note that it is 6:00am when we were meant to be here four hours ago, and this is town number five on our 19-stop journey—ja well no fine. It’s clear we’re going to be late at our destination.

There’s no point arriving at a hotel after 2:00am, to depart again less than four hours later, so I call and cancel my reservation.

Then I call the friend to cancel her.

“Where will you sleep?” she asks.

“I’ll camp down in the railway station. 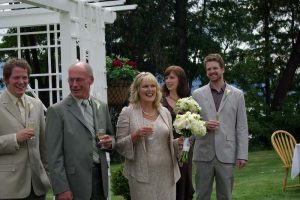 Made it! To the wedding on Thetis Island.

Have you noticed how a congenial spirit develops when disparate lives, facing adversity, intersect?

An Australian, retired from the mines of Brisbane and recently dumped after 45 years of marriage, is consoling himself with a round-the-world trip.

After seeing Vancouver and New York, he’ll go to England to drop her remains in the River Noe in Derbyshire, where she was born.

A man with shaggy hair and a shaggier mustache, who has a bicycle stashed in the luggage area, is headed for Bellingham, from where he will cycle down the Pacific Coast back to his home in a retirement community at Hemet, near San Diego.

“Do you have ICE programmed into your cell phone?” asks a woman from Los Angeles, on the way to her son’s wedding.

“He and his girlfriend are like real hippies. I never thought they’d do it. But they’ve been together seven years and decided 07/07/07 would be the day,” she has already shared. 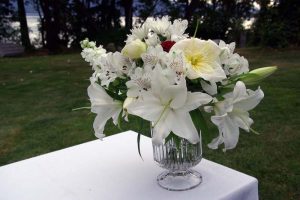 Now she tells us she’s an ex-cop and can’t believe none of us know to add the acronym ICE—In Case of Emergency—alongside the number of an appropriate someone. “I don’t want to rain on your free spirit parade, but…,” she insists, grabbing the grizzly one’s phone and doing it herself.

Meanwhile, in the background, an amateur psychologist has turned the tables on a dazed young Christian man who is traveling with a group that intermittently sing worship songs but whose prayers for a timely arrival are not being answered.

“When you follow Jesus you give away your personal power. He’s an external locus of control,” she jargons—reasonably. “You need internal locus. You don’t need the bible. You need to think for yourself.”

Half an hour later, she hasn’t let up. He looks shell-shocked. The rest of us ooh and aah over views of Shasta Lake and the snow-tipped eponymous stratovolcano—the fifth highest peak in California—which we should have passed in the night.

We wait and watch as five-hours-late creeps to six hours and then to seven. Midnight comes and goes and we never pick up speed. I start to wonder how I’ll get to Vancouver Island if I miss my Clipper. People who’ve brought rations for the journey have run out. The natives are restless. But what’s to be done?

“Still on the train,” I reply. 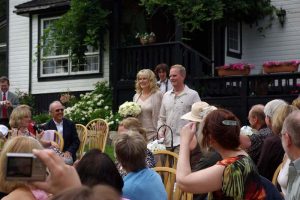 The bride arrives. Thank heavens we did too.

“Oh—my—god.” It sound like an expletive when she says it in a disbelieving drawl.

“It seems we’ll get there a little after six,” I share.

“I’ll be waiting,” she volunteers.

We arrive at 6:10 a.m. She and I jump into her car, dash off and Whew!—I make it to the ferry with minutes to spare. My sea trip to Vancouver Island to link up with fellow wedding guests who have rented a car, and who will then drive me and others rendezvousing to a second ferry point, Chemainus, from where we will embark for Thetis island, where we will witness the happy event with an all-weekend party, is assured.

Ya well no fine.

When I wake up on the return journey, my watch tells me it’s 7:00am and I catch a glimpse of the distinctive Sundial Bridge. 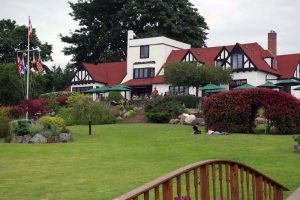 This means the water reflecting the morning sunshine is the Sacramento River and we’re at Redding. Chico is our next stop, where we arrive five hours late—and 35 minutes before our scheduled arrival time in Oakland. At a good clip, we have almost five hours still to go.

I decide that if I hear another conductor tell me to write to my congressperson to complain that freight trains own the tracks and Amtrak needs better access, I’ll ring his neck.

Ja well no fine. Hopefully we’ll make it before dark.

Post Script: Curious to hear what reason Amtrak would give for the delays, I went online and wrote a note to Customer Relations. I did not mention that I am a journalist. I was curious to see the standard response. It arrived less than two weeks later—in the mail. There was a letter apologizing that the service did not meet my expectation. And there was a “transportation certificate” for $120.00. I can use it toward any Amtrak trip during the next year. I thought it was decent of them but wondered—if first prize is $120.00, would second prize be $200.00?

The bride arrives. Thank heavens we did too.

It’s a celebration. Got there!

On the way to the wedding.