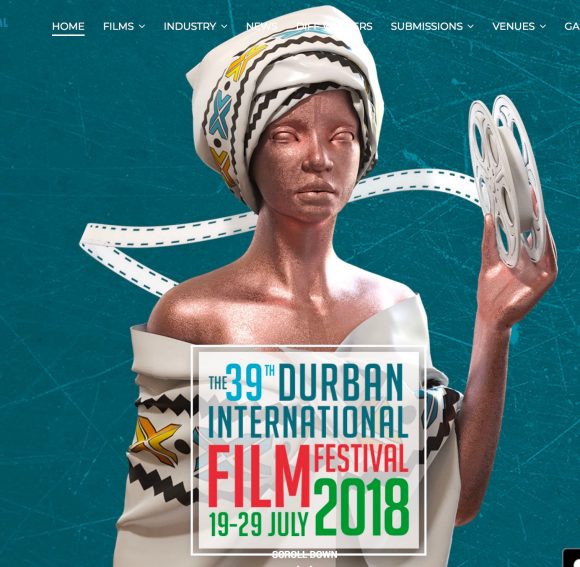 DIFF2018 is an ideal time for any international traveler with an interest in film, an interest in Africa—and who is curious about Durban—to come to the city, writes Wanda Hennig. 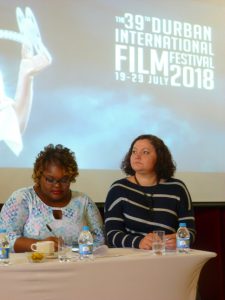 SINCE ITS inception 39 years ago DIFF has transitioned from a European film festival for Africa to a uniquely African film fest with global representation. Venues are in urban and rural areas. Filmmakes and mentors come from around the world. What’s relevant in Africa and world trends like #metoo are reflected in the film choices

DIFF2018, the 39th edition of the Durban International Film Festival, will screen 180 films (features, documentaries, shorts) across 19 venues from July 19 to 29.

For the first time this year, DIFF joins the ranks of the world’s official Oscar qualifying festivals. “Our best documentary will automatically be entered in the Oscar race,” festival manager Chipo Zhou announced at the official media launch.

“We had over 2,000 submissions this year. It was a huge task going through them and making selections. We picked 180. Some really brilliant films, we just could not fit in.”

The trend of submissions, she said, reflected the #metoo movement. “We saw a lot of films and stories about women this year. The difference I would say is that the stories are no longer about victims, but about survivors. Some very strong productions—well-made films—were from women.”

In selecting the program, said Zhou, the team and focused on specifics like “how relevant is this?” And “Will people still be talking about this next year?”

“We were looking for films with layers that would stimulate discussion.”

I dare you to watch 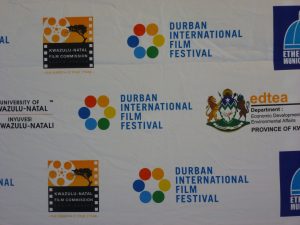 There are “I dare you to watch” films in the line-up, she said. Films where “you’ll come out having learned a lot about yourself and the world around you.”

“Trauma” was one of the themes and threads that had emerged. This might relate to war, the female struggle or LGBTI. A theme of this trauma in film was “How can we deal with this? How can we heal?”

“Within the South African context, we have not dealt with the trauma—the effect of the trauma. How to become survivors and not victims. Trauma. Survival. How do you fight back?

“There’s trauma we’ve suffered as women and as a continent. There’s the African cultural heritage. And the theme of hope and survival over victimhood. At the end of the day what we want is hope.

“We have focused on the African diasphora,” she added. “We want to be a home for African films.” 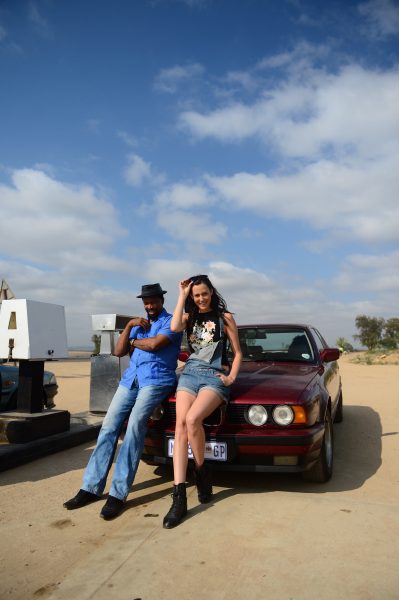 From Farewell Ella Bella, at DIFF2018.

Given that this is the Nelson Mandela centenary year, it was fitting that a French film about Mandela was in the program. Other Mandela films would be screened during the festival.

South Africa was also hosting the 2018 Brics summit. The third Brics Film Festival will run in tandem with DIFF2018.

No filmmaker left behind

The big-picture theme of this year’s film fest is evolution, with a focus on: “No filmmaker left behind”. A secondary focus is “no community left behind”. To this end, there are township venues “that some people still feel are dangerous to go to.” And taking film to the people, where they are, in public spaces.

“We’ve always had an outreach and an industry program. Now we’ve given it a name,” says Zhou. “Isisphethu” translates as (water) spring, appropriate because “this is where your film industry is birthed.

“Our strategy for Isiphethu, is to support filmmakers in developing quality content. We want to be able to offer these filmmakers opportunities to incubate projects, be mentored by experts, network with seasoned and experienced peers, and be included in the overall vision of the DIFF and DFM, to grow quality African content. In short to include this sector of the industry into the greater industry fold, “leaving no filmmaker behind.”

“There has been progress, but not fast enough. We want to empower our young black filmmakers and future filmmakers.”

“Our productions have to be internationally attractive,” said Russel Hlongwane, Industry Program and Isiphethu Industry Program curator. “Business and art form are equally important. And the balance between the film being locally contextual and globally relevant.” 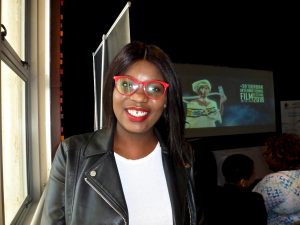 These are the kinds of topics that would be dealt with and young would-be filmmakers mentored in in the program.

An important part of DIFF and the development of filmmakers and the local film industry is 11th Talents Durban, in partnership with Berlinale Talents, for pre-selected, semi-established  filmmakers—as well as the co-production and finance forum the 9th Durban FilmMart, the festival’s partner program with the Durban Film Office.

Opening the festival is the first feature film from South African director Jerome Pikwane, the horror movie The Tokoloshe. “It’s a horror film and very deeply layered. They have managed to take this Western genre and to bring it home. It deals with stories of Africa. We grew up with tokolosh stories. In the film a woman faces her demons and in the process, finds herself.”

The LGTBI love-story Rafiki, directed by Kenyan Wanuri Kahiu, will close the festival.

Manager Zhou explains the choice of these two diverse films that have women as their focus. “We wanted to book-end DIFF with films that tell stories about women, their strength and their resilience. We also want to showcase the fact that there are many ways to tell these stories from a cinematic point of view,” she said. 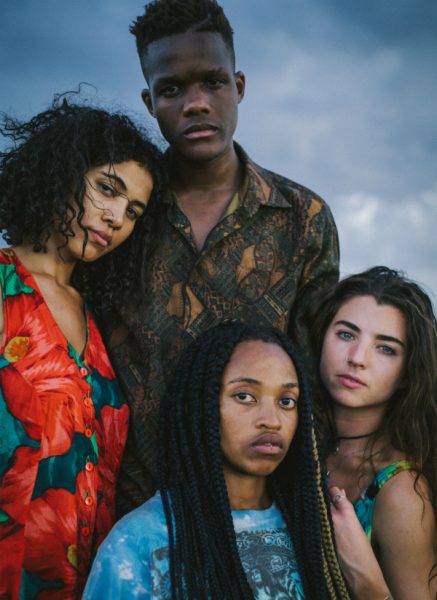 High Fantasy will screen at DIFF2018.

“We are in a time of diversity, where women, racial minorities and LGBTI communities who have traditionally been underrepresented in film are having their voices brought to the fore. Referencing this global narrative, the films in this year’s festival will reflect these new voices as much as possible.”

Among the features in competition this year are

International features in competition include

and Rafiki (Kenya), the closing film, directed by Wanuri Kahiu, which is set in Nairobi and tells the touching tale of two very different girls who fall in love. 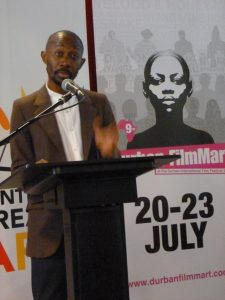 Russel Hlongwane talks about Isiphethu and its value.

Competition titles in the documentary section include

International documentaries in competition include

Other South African films on the billing include

Prior to each screening, public service announcements will be shown. These are themed around an industry campaign #thatsnotok created by SWIFT (Sisters Working in Film and Television), the SA-based non-profit that works to protect and advance the cause of women in the industry.

The 14th iteration of the popular free ocean-focused Wavescape Surf Film Festival will take place in the public area at Ushaka Marine World. Headlining is the African premiere of smash-hit feature documentary Heavy Water, by California-based South African Michael Oblowitz on July 22. Heavy Water: The Life and Times of Nathan Fletcher will open Wavescape at the Bay of Plenty outdoor screening on Sunday 22 July. 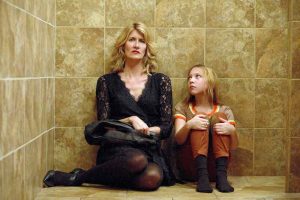 The film is one of 22 films Wavescape brings to Durban this year, including features and shorts from Sierra Leone, Namibia, South Africa, Morocco, Sri Lanka, Australia, Hawaii, New Zealand, the United Kingdom and Canada, among others.

Wavescape Director Steve Pike, aka Spike, says that the lineup for DIFF was one of the most exciting in years. “We’re honored to have several other African premieres, such as the incredible story of Bethany Hamilton, who lost an arm to a shark; and the gritty documentary Secrets of Desert Point, a piece of pioneering surf history.”

From Monday 23 to Friday 27 July, Wavescape moves to Arena 5, Village Walk, uShaka Marine World for five 6pm screenings, which are free. The screenings at uShaka open with a line-up of three short films and two features, the soulful Perilous Sea and Church of the Open Sky, a master piece of surf filmmaking by Australian director Nathan Oldfield.

“With about 400 film-makers in attendance, the public can look forward to a feast of film and some fascinating insights into the world of cinema,” concludes Zhou. 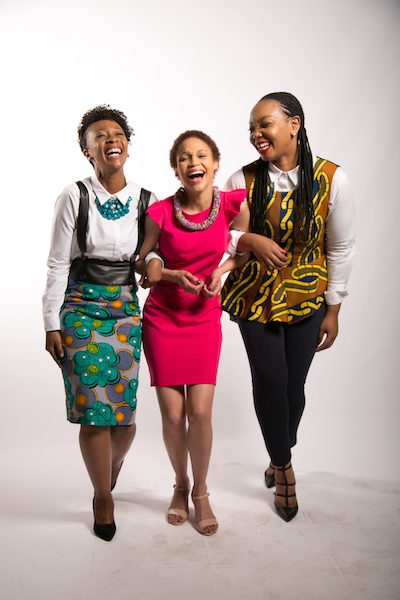 The DIFF is organised by the University of KwaZulu-Natal’s Centre for Creative Arts in partnership with the eThekwini Municipality, KwaZulu-Natal Film Commission, National Film and Video Foundation, Durban Film Office, the Goethe Institut and other partners.

The Durban FilmMart, meanwhile, begins its four day event on July 20. For nine years, this important gathering for filmmakers from across the continent and further afield has focused on growing the African film industry.

“The DFM attracts an array of film-makers including directors, producers, scriptwriters, investors and financiers, distributors and broadcasters as well as curators for festivals and other markets, and is globally renowned for providing an important springboard for African stories and ideas, collaborations and investment into film projects,” says Toni Monty, Head of the DFO and DFM. “Essentially this is how film projects are given a leg-up to help them on their way.”

The Mart brings in over 400 experts, people and organisations interested in potential film projects for further development. Here they are able to meet film-makers from Africa, discuss and engage and then it’s over to them to conclude their business independently. The event ultimately seeks to build Durban as an important hub for doing film and television business.

The DFM includes masterclasses, seminars and panel discussions to help filmmakers keep up to date on trends, innovations and policies, and networking opportunities.

Key speakers in 2018 include Dayo Ogunyemi a Lagos-based creative entrepreneur and investor who will give presentation that foregrounds African markets as lucrative territories. Stephen Follows, from the UK, is a leading trainer and thought-leader in how storytelling can be used to change hearts and minds, is also a data researcher in the film industry. He will present a high level session which unpacks key shifts and trends shaping the market from an international perspective. 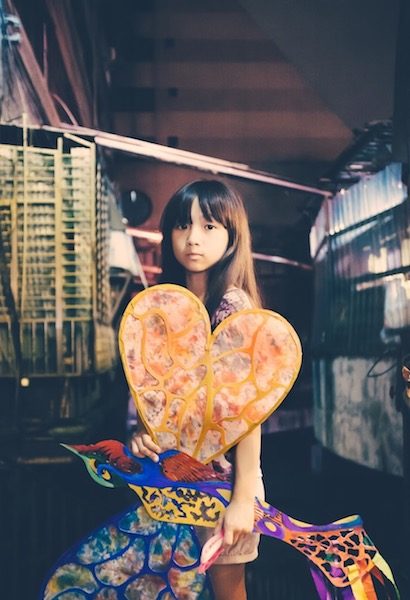 An Impossibly Small Object for DIFF2018.

LA-based Peter Russell is a screenwriter and story doctor in Hollywood who will present a session in which he will share the secrets of how film storytelling can be adapted into the red hot television storytelling market.

Another highlight is that Richard Ray Perez, Director: Creative Partnerships at the Sundance Institute’s Documentary Film Program will address a gathering for delegates entitled Stories of Change: A Collaborative Model for Impactful Storytelling.

“The “economy” of film, is central to the objectives of the Durban FilmMart to encourage African filmmakers to look within to collaborate, finance and develop content,” says Toni Monty.

“We are very excited to see so many DFM alumni projects that have come to fruition, doing very well on local and international festival and cinema circuits and many with good distribution deals: these include films like DIFF’s closing film Rafiki, Inxeba: The Wound and, Five Fingers for Marseilles, as well as Silas which is also screening at DIFF to name a few. This is exactly the strategy created by the DFO and DIFF nine years ago, and it is heartening to see the long-term value it provides for the African film industry.

“This year’s program is rich in diversity and complexity, and we are looking forward to seeing Durban come alive with a real buzz of the business of filmmaking.”