Fusing heritage one poké at a time 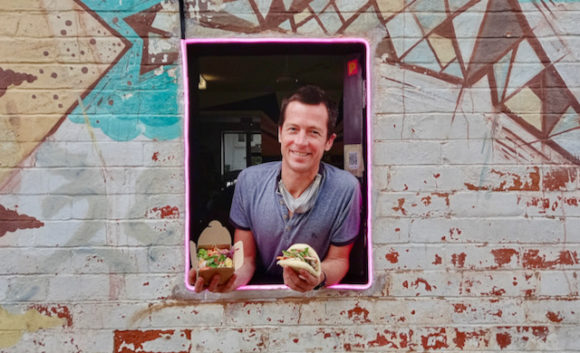 Heritage. Custom. Culture. Tradition. Roots. Things one thinks about around now. So how about Hawaii meets Vietnam meets Korea meets China for a munch-and-slurp fest via Australia right here, right now, in Durban? That being a condensed version and the essence of the story behind Thomas Wright’s hot-pink strip-lit hole-in-the-wall find-it-if-you-can converted garage takeaway joint in a bougainvillea-meets-barbed wire single lane easement, if one can use this term for a narrow service alley that runs for a block parallel to Florida Road.

“I was 10 or 11 when I started cooking. My parents divorced. My father got hold of this lever arch file into which he stuck recipes. Things like roast chicken, beef olives, cottage pie, mac and cheese. He liked to go and spend time sitting in the pub at the Point Yacht Club. He also liked to come back to a nice home-cooked meal.”

There were three sons. They were assigned to follow the filed instructions; prepare the home-cooked meals. “My oldest brother, though, would drink the milk, eat the bread.” Breaking bad from “the method” of the filed instructions. “So dinner prep was left to my middle brother and me,” says Wright, who is candid, funny; with gravitas and at the same time, a lightness of being.

Child labour, you’re perhaps thinking? In fact, the foundation of what would grow into a passion for cooking, which in turn led not only to a fall-back career but now, a full-time calling.
Wright is currently running a one-man show that sometimes sees Mr D, Uber Eats and several customers lined up waiting for him to chop, stir-fry, take a WhatsApp order, wash woks, assemble and serve: poké, hot boxes, ramen, his Korean bibimbap “rice mixed with stuff” boxes, which he tops with fried egg… Fish and fowl. Veggie and vegan.

Read my full article Fusing heritage one poké at a time in Durban in TGIFood in Daily Maverick.