How I learnt to love a golden kiwi 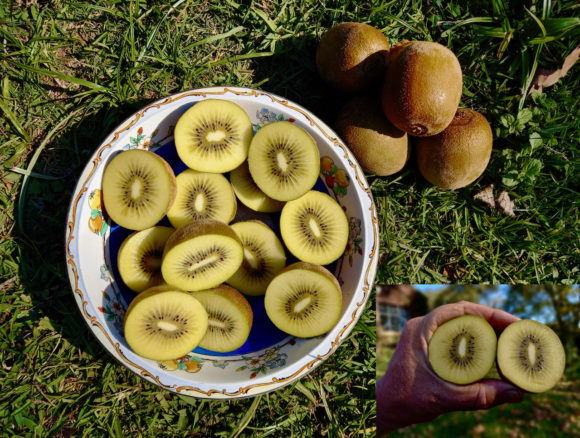 Peter Nicholson is waiting to peel, slice and feed me perfectly ripe golden kiwis when I arrive almost three hours late (will revert to printing directions going forward) at what started life as one of the original homesteads of the Byrne settlers who came from Yorkshire in 1850. He is a fifth-generation farmer in the Hella-Hella area outside Richmond on a farm that has belonged to the same Nicholson family for more than 160 years. It is one of those rambling genteel old farmhouses with little secret gardens you stumble upon filled with tumbling flowering shrubs.

Nicholson predicts that in the next decade we’ll all be eating golden kiwis. If we can afford them as it seems they will never be a cheap buy. But they are easy to grow organically and gaining popularity internationally among foodies and the health-conscious as a super fruit.

“Ninety percent of our health issues are related to how things are grown,” he remarks as we walk among the vines and trellises of what he calls the kiwi arcade, telling me how he’s been able to incorporate regenerative farming practices in his orchards. Between the framework he has planted diverse cover crops. In the winter months he raises weaner calves on these crops.

Read my full article How I learned to love the golden kiwi in TGIFood in the Daily Maverick.