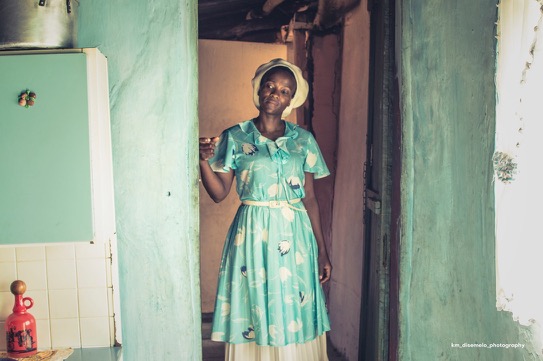 The Durban International Film Festival (DIFF) turns 40 this year. Founded in 1979, it is the oldest and largest film festival in Africa. The 40th anniversary DIFF 2019 edition runs from July 18 —28 July 2019. Knuckle City is the opening film.

A riveting and diverse “DIFF turns 40” line-up includes 150 films from around the globe: 74 feature films, 25 documentaries and 90 shorts. Download the full 2019 Durban International Film Festival program. For more information visit the UKZN Centre for Creative Arts DIFF 2019 website. Look out for a special line-up of films from Canada. If you’re in and around Durban, the 2019 DIFF printed program booklet is available around the city—including at the KZNSA gallery, which is one of the screening venues.

Check out or download the 2019 Durban Film Mart program here.

The festival’s opening film this year is Knuckle City—a riveting exploration of the psychology of a boxer from the Mdantsane township of South Africa. Director is Jahmil X. T. Qubeka.

“We are excited to be opening with this gritty raw film by Jahmil,” says Chipo Zhou, festival manager. “This is a film which we believe will do very well as a cinema release, with boxing as the means to tell a the story. It has a multi-layered narrative that will resonate with audiences. ”

In Qubeka’s words, “It is my intention to capture the essence of life in Mdantsane and the restless pursuit of being a champion within a society that often dictates you are a failure. I was determined to give audiences a glimpse into a world rarely seen, and a deeper understanding of the multi-faceted individuals inhabiting our land.”

Same as last year the winner in the documentary competition will automatically qualify for consideration for nomination for an Academy Award.

The documentary Buddha in Africa is getting a lot of international attention. Directed by KwaZulu-Natal-based filmmaker, Nicole Schafer, and filmed over five years, it tells the intimate story of Enock Alu, a Malawian teenager growing up in a Chinese Buddhist orphanage in Africa. Once the star performer with dreams of becoming a martial arts hero like Jet Li, Enock, in his final year of school, he has to make some tough decisions about his future. Will he return to his relatives in his home village or study abroad in Taiwan?

Set against China’s expanding influence in Africa, Buddha in Africa provides a unique insight into the impact of cultural soft power on the identity and imagination of a young boy and his community. The film had its World Premiere at the prestigious Hot Docs Canadian International Festival in April and the Sydney International Film Festival in June.

The Wavescapes Surf Film Festival, which runs with DIFF, will screen 19 films that focus on surfing and water culture. Wavescape has announced several blockbuster documentaries for DIFF, including Andy Irons: Kissed by God and Trouble: The Lisa Andersen Story.

Feature films in competition this year include a meta-cinema work by director South African directed Roger Young, Love Runs Out; Angus Gibson’s Back of the Moon (South Africa) set in Sophiatown in 1958; Cronofobia (Switzerland) directed by Francesco Rizzi, a psychological drama about suspended identity; and a Brazilian drama Divine Love (Divino Amor) directed by Gabriel Mascaro, which tells the story of registry office clerk who uses her position at the births, deaths and marriages department to try to dissuade couples from getting a divorce.

“The range of films this year reflect a changing, fast-paced world, where issues of identity and belonging, land and immigration, love and pain—find a way to surface and hold a mirror to the world, to either gaze at, engage with or react to,” says Zhou.

Riccardo Salvetti’s Rwanda: The Untold Story (Italy) offers a new take on the Rwandan genocide through the first person experience, using live dramatic performance, intertwined with filmic reality; Tchaiko Omawale’s Solace (USA) is a moving and artful portrait of a smart, driven, and self-destructive teenage orphan struggling to find her place; Vai (New Zealand) by director Marina Alofagia McCartney is a portmanteau feature film by nine Pacific women filmmakers; Chinese auteur, Zhang Wei’s The Rib is about the strained relationship between a young man wanting a sex change operation, and his Christian father; Nigerian film Mokalik, directed by Kunle Afolayan, follows an 11-year-old boy from the middle-class suburbs who spends the day as a lowly apprentice at a mechanic workshop in order to view life from the other side of the tracks.

Documentaries include Anbessa (Italy/USA) directed by Mo Scarpelli, a coming-of-age story that captures a boy taking on modernization;
Maya Newell’s In My Blood it Runs (Australia), about an Aboriginal boy whose traditional skills are of no value within the modern education system; Fatma Riahi’s A Haunted Past (Qatar)—a personal portrait of a broken Tunisian-Bosnian family as ex-prisoner and ex-jihadist; Hamada (Sweden) by director Eloy Domínguez Serén, which is a humorous, bittersweet portrait of three uncompromising 20-somethings cut off from the world in a refugee camp; Edward Watts and Waad al-Kateab’s For Sama (UK/USA/Syria), which takes an intimate look at one young woman’s struggles with love, war and motherhood Mother I am Suffocating. This Is My Last Film About You by Lesotho filmmaker Mosese Lemohang Jeremiah, an extended, poetic letter to the protagonist’s mother and motherland.

Sara de Gouveia’s The Sounds of Masks (SA/Portugal) follows a compelling storyteller and legendary Mozambiquan masked dancer; My Friend, Fela (Brazil) directed by Joel Zito Araujo, explores the life of legendary Nigerian musician Fela Kuti; A Girl in Return (Denmark) directed by Katrine W. Kjaer, is an intimate tale about what happens when an adopted teenage girl decides to reclaim her lost identity.

The Durban International Film Festival, is hosted by the University of KwaZulu-Natal’s Centre for Creative Arts in various venues around Durban from 18 to 28 July, 2019. See the full program here.

The DIFF 2019 program lineup includes the Durban Film Mart, the industry development program for intermediate and professional filmmakers, in partnership with the eThekwini Municipality’s Durban Film Office, includes the Talents Durban in partnership with the Berlin International Film Festival; a one-day Durban Does Docs documentary conference; a free Creative Corner, which offers insights into costumes, make-up and set design; a finance forum for pre-selected film projects to pitch to potential investors and the like; and a full programme of master classes, workshops and seminars. The Isiphethu Hub is a free industry program for entry-level and emerging filmmakers