The 38th edition of the Durban International Film Festival (DIFF) is set to captivate audiences with a German focus, which features 10 films by some of Germany’s finest directors, a masterclass by German film industry professionals, and networking sessions with international film industry luminaries.

DIFF is one of Africa’s leading and longest-running festivals. The 2017 edition takes place in Durban, South Africa from July 13 to 23.

Curated by Alex Moussa Sawadogo, the German line-up is a sterling one. Films such as The People vs Fritz Bauer (which relates to German history after the WWII and the role of attorney Fritz Bauer in confronting the state with its political shortcomings), Paula (which recounts the journey of a well-known early 20th century painter who discovered her artistic freedom in a more traditional Germany), Goodbye Berlin (a depiction of how the German Democratic Republic and the 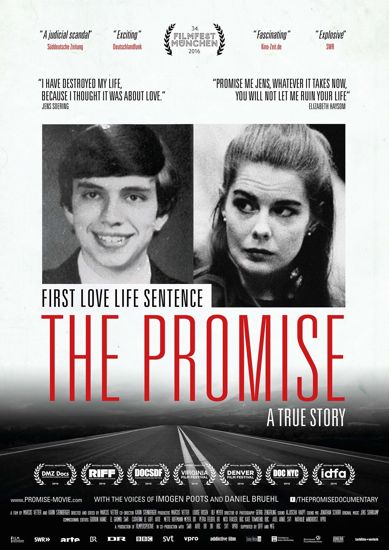 The Promise will screen at #DIFF2017

Federal Republic of Germany merged into one state, taking two young children as the protagonists of a road movie through former East Germany) and Greetings From Fukushima (which breaks some common German stereotypes) will leave audiences with a better understanding of German history, culture and people.

While Goodbye Berlin ties in with this year’s overall festival theme, Transit Tales, All of a Sudden, Greetings From Fukushima, Paula and Karl Marx City speak to one of this year’s DIFF focus areas: women-led films.

DIFF audiences will have the chance to meet key people behind the productions. Anand Batbileg and Tristan Göbel, two of the most promising talents in Germany’s film scene and the main actors of Goodbye Berlin will be in Durban for a Q&A following the German gala screening of Goodbye Berlin at The Playhouse (Drama Theater) on July 16. The award-winning and family-friendly film was made by prominent filmmaker Fatih Akin.

Another confirmed DIFF guest is Doris Dörrie, director of Greetings From Fukushima. With her definitive story-telling style, she has been one of the towering figures in German cinema since she stirred up the countries’ film scene in 1985 with the gender comedy Men and her 1999 Zen-inspired comedy Enlightenment Guaranteed.

Christian Schwochow has been awarded for both his cinema and theater work and will visit DIFF in his capacity as director of Paula.

Petra Epperlein will visit Durban as well to present the extraordinary documentary Karl Marx City: a personal cinematic journey into her childhood to find the truth about her late father’s suicide and his rumored past in the GDR’s secret service.

Directors Karin Steinberger (The Promise) and Stephan Rick (The Dark Side Of The Moon) will also attend DIFF. 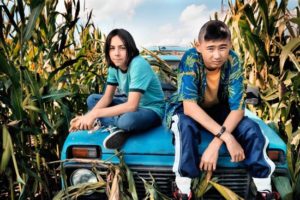 Goodbye Berlin will screen and these actors will attend #DIFF2017

The German Focus at DIFF 2017 is presented by German Films, the Goethe-Institut and the Embassy of the Federal Republic of Germany in South Africa in cooperation with DIFF.

Alex Moussa Sawadogo, director of the Afrikamera Festival and curator of the German Film Focus at DIFF elaborates: “Long considered as a highly politicized cinema that placed social and political criticism at the heart of its creation, today German cinema is dominated by a new generation of directors. From diverse origins, free and gifted, these German directors are at the foreground of the vivacity of the production of German cinema, which is recognized all over the world.

“They bring the concerns of their generation in an intimate sphere on screen and discuss the tribulations of a new Germany that has opened itself to the world: particularly by receiving many people in distress. The German Film Focus at DIFF 2017 presents itself as a unique platform for the discovery of a program of new, diversified, exciting and engaging German films of all kinds—a cinema that places German people from all origins at the heart of its creation.”

Mariëtte Rissenbeek, German Films Service said: “The majority of the films we are presenting have been very successful at a large number of international film festivals. The kinds of stories they tell and the way in which they are told are relevant for a larger international audience, and the director’s handwriting has both a specific and an international element. The strength of German cinema at present is its diversity. Since the year 2000 a number of German films, about German history and personal stories, have been made which achieved international success.”

Lien Heidenreich-Seleme, head of cultural programs at the Goethe-Institut, added: “The goals of the Goethe-Institut are to support film within the creative industries and to undo with stereotypes through visual storytelling. We do this with training and networking initiatives, through interdisciplinary and pan-African collaborations, and by increasing access to the variety of German filmmaking. In this light, and after our longstanding relationship with DIFF, we are excited about this year’s German focus.” 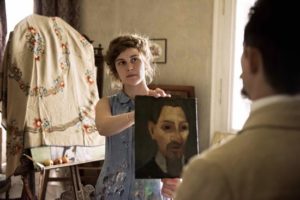 Talents Durban is an annual five-day training and mentorship program that runs at DIFF, aimed at empowering 27 emerging African screenwriters and directors working on projects for film, television, web series and content for mobile platforms. The 10th edition will take place from July 14-18 under the theme “Perspectives: Seeing things differently,” which is derived from the observation that film alone may not change the world but can show the world when it changes.

Talents Durban looks to not only highlight the stories of Africa, but create a culture of Africans telling their own stories, and most importantly from their experience and perspective of cutting edge and modern cinematic technology.

As part of Talents Durban and in association with the Goethe-Institut and FIPRESCI (International Association of Film Critics), the Talent Press program will also provide again mentorship and hands-on training in the craft of film criticism to three emerging African journalists.

Visit the Durban International Film Festival website for more details on the DIFF2017 German focus and the complete DIFF2017 line-up with it’s wealth of South African and Africa-inspired features and doccies or follow the Festival and the German Film Focus partners on social media: